Among Us, the most popular online game in 2020, literally means Among Us. The game was developed by game studio "InnerSloth" and officially launched on June 15, 2018. You can play with your friends together. The difficulty level of play is easy, and it's a game that deduces the culprit like a mafia game, and the mobile version is free and the PC version is paid.

If you play this game, it will be played in a space setting. If you play, players will play one of two roles. There are two types: "Crewmates" and "Impostors." The reason why it's called Crewmates that ships and spaceships often use the word Crewmates for people on board.

For this reason, Among Us is also called Crewmates because it plays against the background of the universe. The Impostors is a player who acts like a mafia in a mafia game. The goal is to kill all Crewmates while pretending to perform a mission mixed with Crewmates.

Among Us is a far-player game that starts with four to ten players. One to three players will be randomly selected as "Impostors" for each game. The rest of the players who are not selected by the Impostors will start the game with Crewmates.

Crewmates are all assigned missions, which require relatively simple tasks. Crewmates turn into ghosts when they are attacked and killed by the Impostors. Ghosts are not shown to other players at this time. Also, since Among Us cannot see the entire map, other players can only be checked from a limited distance.

Among Us Emergency Meeting

The reason for using Emergency Meeting is to start Emergency Meeting when Crewmates are killed in their mission. And who the Impostors are and the other player must explain where they were and what they did when they died. Never say here that you are the Impostors. It should not be noticed that each player is an Impostors by explaining where he was performing his duties and who was with nearby players.

So Crewmates are wise to have at least two to three people together. If you're on a mission alone, it's hard to find the Impostors because the same team Crewmates didn't see you.

But in Among Us, Crewmates is relatively easy to win games because Crewmates can easily find if the Impostors are not skilled.

Among Us Crewmates' Mission

If you played Among Us and were selected as Crewmates, you must perform the mission. There are various kinds of missions. The conditions for Crewmates to win are to find the Impostors and expel them or complete the mission to win. But among the missions, there are certain missions that players can know for sure that they are Crewmates.

The second is emptying the trash. The mission, which empties the garbage from the oxygen supply room, is to move to the warehouse after emptying the garbage. Empty garbage can be seen getting out of the spaceship, and showing that you're carrying out a mission when you have the same Crewmates can help you show that you're definitely Crewmates.

The third is destroying asteroids. This mission can actually be confirmed because the missile is fired from the spaceship. The only way to fire a missile is to fire it from the cockpit. This mission is also a sure way to prove that you are Crewmates when you have other Crewmates.

Lastly, the fourth is shield preparation. Go to the shield control room and perform the mission to see the lights on outside the spacecraft. This mission is also very helpful in proving that you are Crewmates when you have other Crewmates.

How to Use Impostors

If a player is selected by the Impostors and plays Among Us, it may be more difficult to play psychologically than other players. If you don't perform the Impostors well, this post will be of considerable help to you. While playing the Impostors.

The first player to be selected as Impostors should be careful of conversations in Emergency Meeting. Usually, Impostors beginners are either talkative or too little. The first Impostors tip is to say and act as if it were Crewmates as much as possible.

The second is to use sabotage. Impostors has a unique ability that only Impostors can use. Sabotage, one of the abilities, has various technologies that can be used in each room, such as locking doors or cutting off power supply. There are players who don't use sabotage while playing the Impostors. It's better to use this technology whenever you have time than not. This is the second tip.

I think the third is the most important technology. It's about utilizing the best venture of the Impostors. Using a vent is a very useful technique for Among Us because it allows you to move the distance at once. It's used to kill Crewmates and run away, and it's excellent at killing Crewmates, who's alone, hiding in the benches.

It is important to note when using this technique that you may be suspicious of the presence of Crewmates around the vent and of the players who are alone.

This is how I described the game about Among Us and filled out the play tips. The game will comfort those who are frustrated by the COVID-19 virus that keeps them from going out and meeting their friends. Even if you can't meet a friend in person, if you play this game with a friend, you will feel like you have a friend next to you. However, if you see a friend acting falsely, you should banish her because the Impostors are certain. Game play and friendship are different.

Do you have any more questions about online games? I run a game blog. See more game-related information and articles. 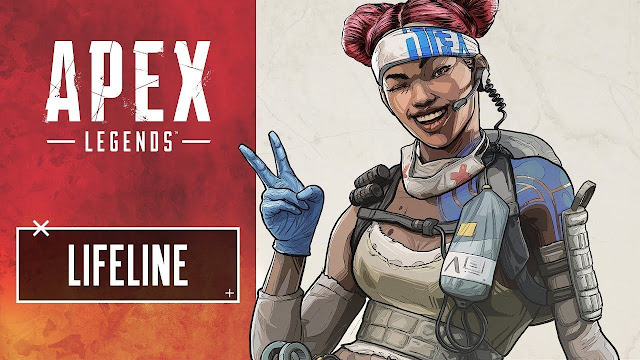 Apex Legends Lifeline / https://www.ea.com In Apex Legends , there are different legends. Lifeline is the most necessary legend to work with team members to win the game. You can heal the same team members and effectively provide healing to them using their unique capabilities, a care package. Let's learn more about Lifeline.      Apex Legends Lifeline's Unique Ability Lifeline is an excellent combat medic. She has a total of three abilities, and all of them are healing the same team members. Lifeline can also quickly heal its own passive skills called " Combat Medical " and be shielded from healing team members. Restricting the opponent to come and heal may prevent damage from the shield wall. Apex Legends Health Drone / https://micky.com.au   - D.O.C. Heal Drone. Lifeline can use " healing drone " to help team members recover their stamina. This recovery can be recovered by up to 3 people at the same time. In addition, if you install and engage t
Read more

The most popular hero among Overwatch players. Today, I will start reviewing McCree. 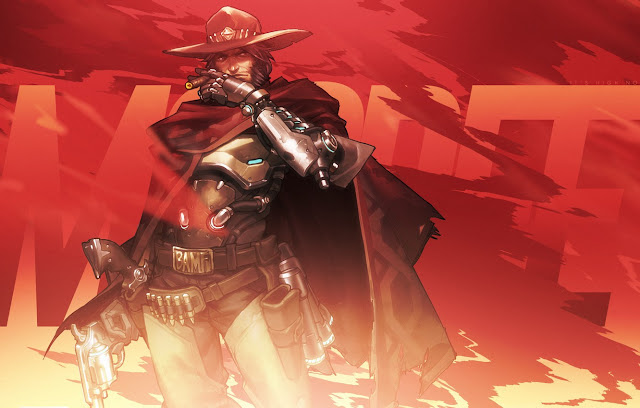 OverWatch McCree / https://www.goodfon.com Hello. Thank you for visiting. Today we are going to start a review of McCree, the hero in the Hyper FPS Game Overwatch. There are 32 heroes in Overwatch, but the most beloved by players among them players. I will review about McCree. McCree Five Ability First Ability McCree / https://overwatch.gamepedia.com The first weapon McCree has is a " PeaceKeeper " and can fire bullets with a mouse right click. There are six bullets in total and once they're exhausted, you'll have to put them to rest. It also allows a range of 20 to 40 meters from the distance the gun reaches the enemy, and if you aim and hit the enemy's head, it will damage the enemy even more. This ability is not fast, but it is the most basic ability to use because each bullet has a lot of damage to the enemy. Second Ability McCree / https://overwatch.gamepedia.com Second, you can use six bullets in less than a second with a left mouse click and attack the
Read more